Surveyor Alexander Salmond made this drawing in 1879 – probably the earliest depiction of the Dig Tree.
Salmond Photographs and Correspondence, John Oxley Library, State Library of Queensland.

There are three significant trees at the Dig Tree Reserve:

Each of these trees was carved. The carvings are called blazes. All of the blazes have partially or fully grown over by bark. In 2020 replicas of the original blazes were installed at the Dig Tree. Visitors are allowed to touch the replicas.

The Dig Tree has three blazes:

When the first surveyors, pastoralists and settlers came to Cooper Creek in the 1870s they only saw one DIG blaze – the blaze carved on the Dig Tree by Alfred Howitt’s search party in 1862.

They mistook this for Brahe’s original DIG blaze carved on Brahé’s Tree in 1861 marking the site where he had buried a cache of provisions.

This is why the tree bearing Howitt’s Blaze became known as the Dig Tree. 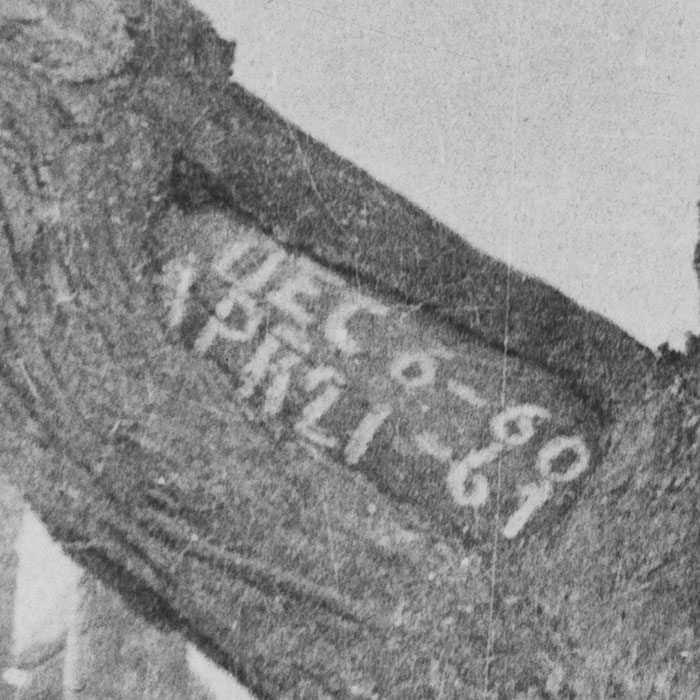 Dig Tree. This blaze records the date of arrival of the Burke and Wills expedition on 6 December 1860 and departure of Brahé’s party on 21 April 1861. 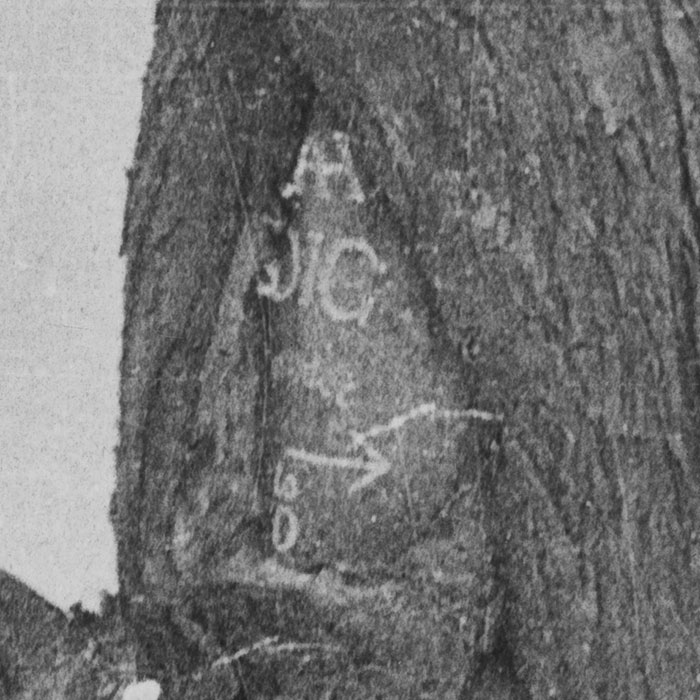 Dig Tree. In 1862 Alfred Howitt’s search party buried supplies at the Dig Tree Reserve and carved the initials AH DIG with instructions where to find the store. 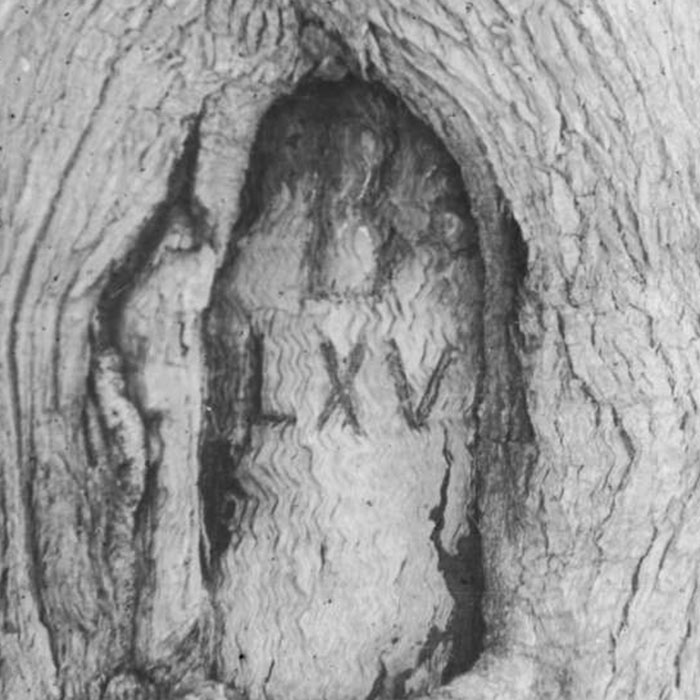 Brahé’s Tree has one blaze:

This blaze was the one carved to leave a message for Burke and his party on their return from the Gulf. 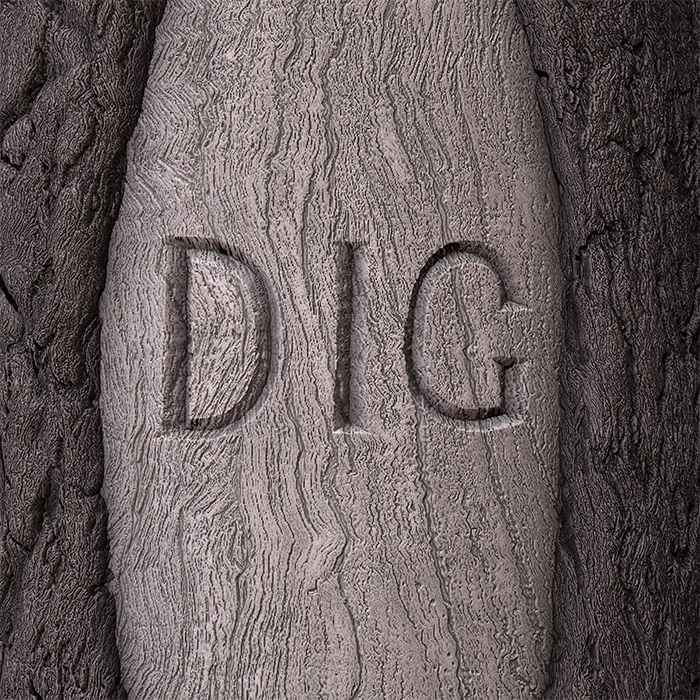 Brahé’s Tree. DIG is the message read by Burke, Wills and King when they returned to the camp.

The Face Tree has two blazes. 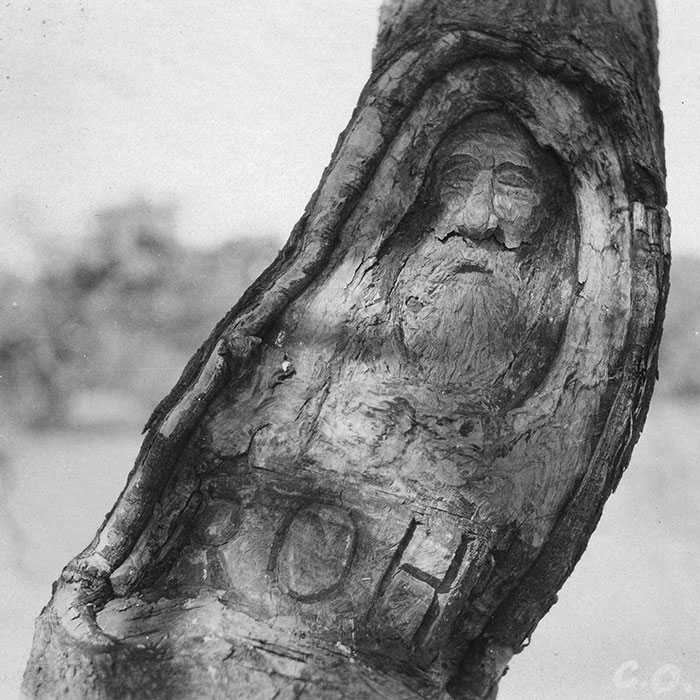 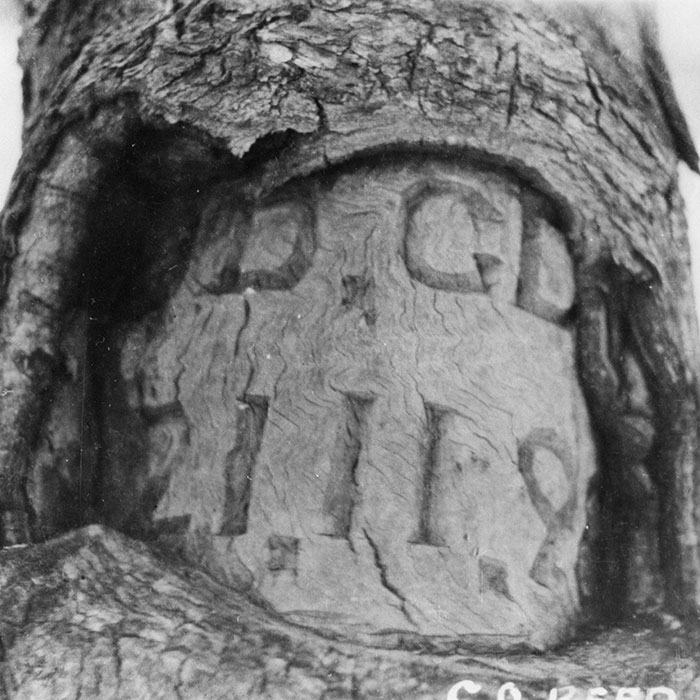 Face Tree. JD stands for John Dick who carved the Face Tree and GD is his wife [Minnie] Ghyn Dick.

THE BURKE AND WILLS SOCIETY DISPLAYS