Boardwalk interpretation at the Dig Tree Reserve includes replicas of the carved blazes which visitors are allowed to touch.
Photo: Denver Beanland

What happened at Dig Tree Reserve

In December 1860 the Burke and Wills expedition pitched camp on the bank of Cooper Creek at what is now called the Dig Tree Reserve. They called it Camp 65.

Eight men had made the trip from the previous camp at Menindee in New South Wales, where other members of the expedition remained.

At Dig Tree Reserve, the group then spilt again with four men remaining at Camp 65 while the other four trekked to the Gulf of Carpentaria and back.

Remaining at the Dig Tree were William Brahé, Thomas McDonough, Dost Mahomet and William Patten. Brahé was leader of the party.

After waiting months for the Gulf party to return and with Patten injured, the Dig Tree party departed on 21 April 1861 to return to Menindee.

They carved the word DIG into a tree to indicate hidden stores. Another carving recorded the arrival and departure dates. A third carving read B LXV which means Burke Camp 65.

Just nine hours after Brahé’s party departed the Gulf party returned to an empty camp. Gray had died en route. Burke, Wills and King were too tired and hungry to pursue Brahé’s party.

THE BURKE AND WILLS SOCIETY DISPLAYS 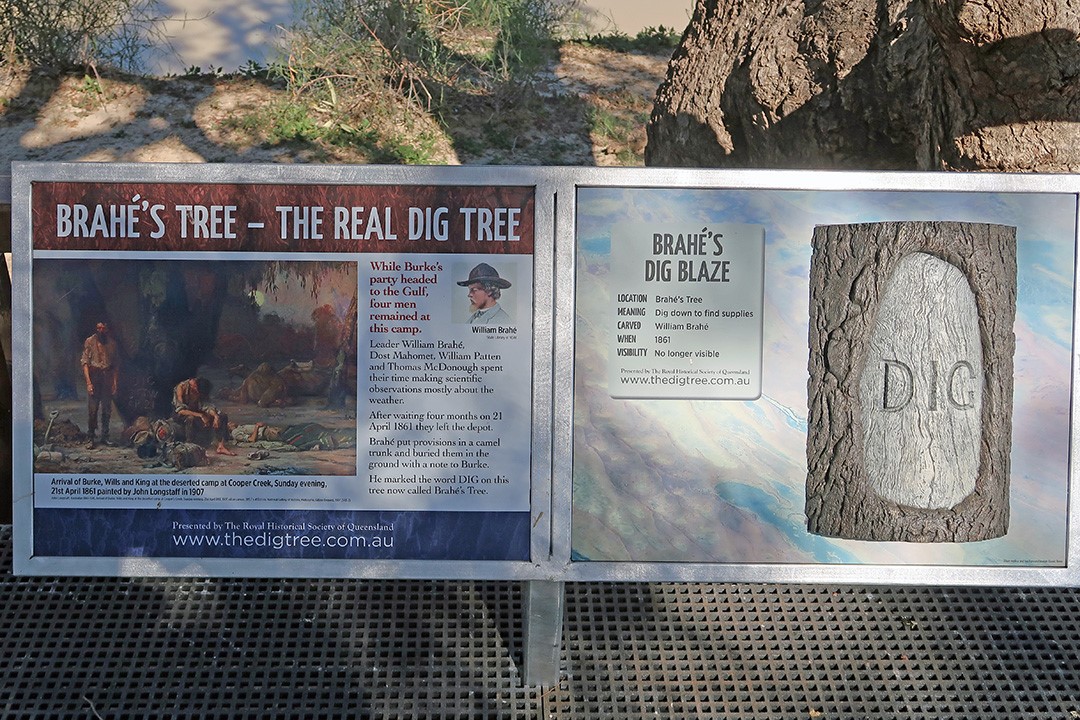 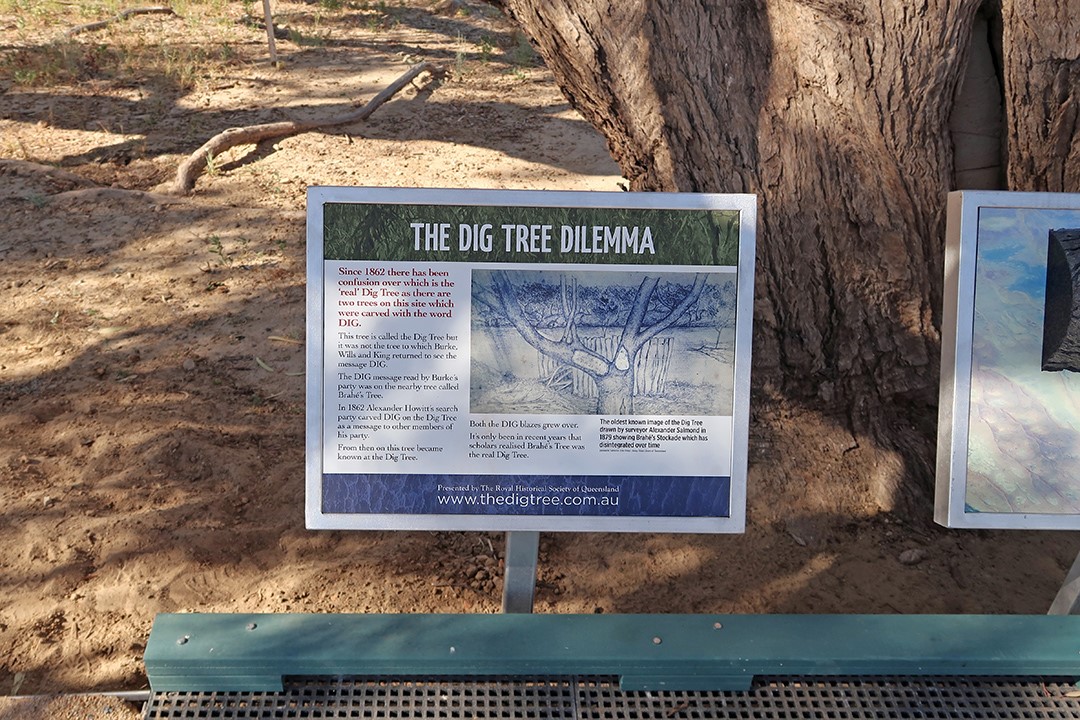 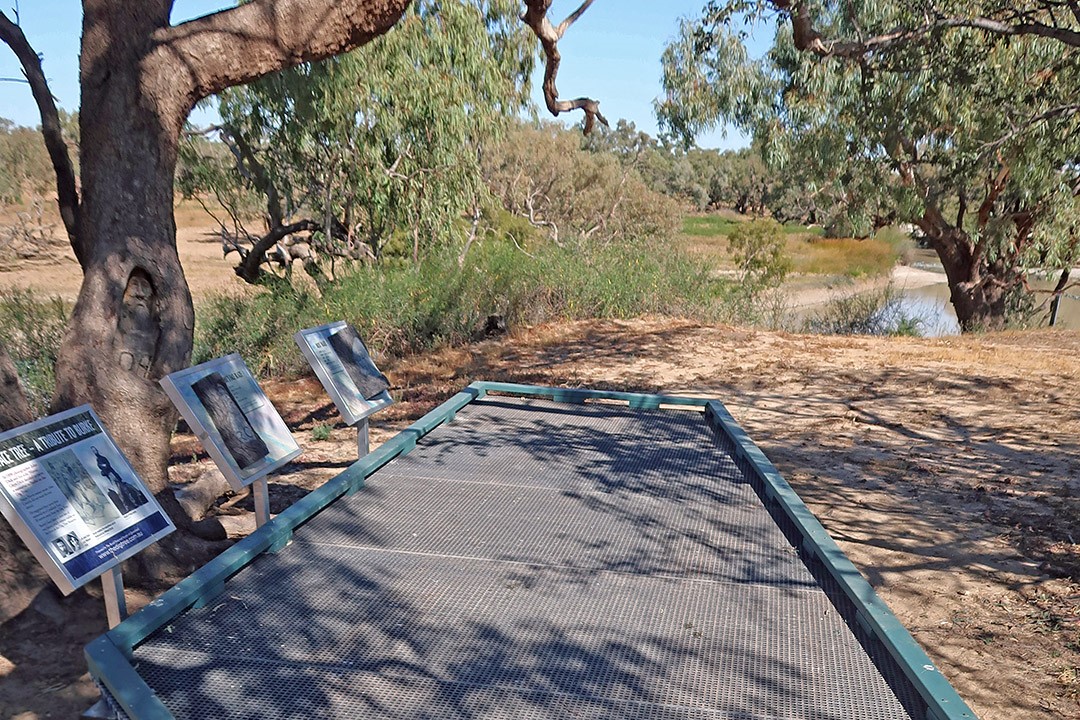 The new boardwalk with interpretation on the blazes.
Photo: Denver Beanland 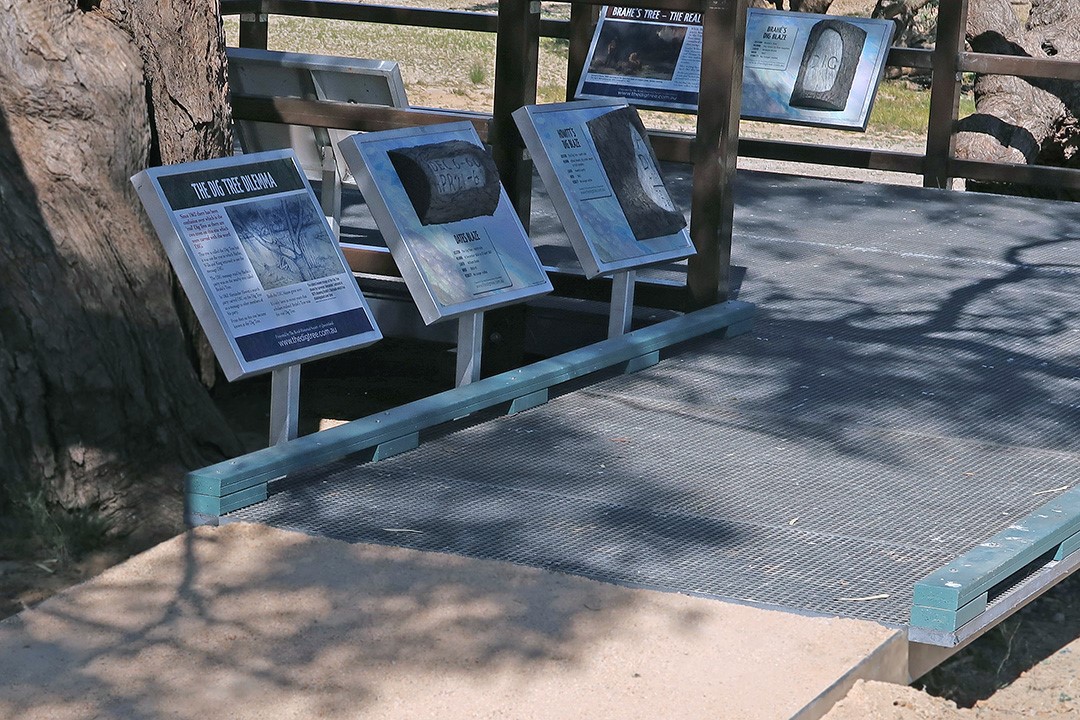